Choosing between .NET and Java can be difficult. In this article, we present differences between Java and .NET.

Read on to find out which programming language better suits your project.

What is .NET used for?

.NET is a framework that can be used to create web and mobile applications, games, machine learning, and artificial intelligence applications. .NET has several uses, including:

Applications: .NET is used in developing applications and websites. This framework is designed to create products that work quickly and efficiently run on any device. Using .NET, you can create an application that is used and synchronized with many platforms simultaneously.

Efficiency: one of the advantages of using .NET is the efficiency of created web applications. This technology saves time and other resources during the software & application development process. .NET has been designed with a certain flexibility in mind that enables creating universal code easy to be used in future development without the necessity of rewriting it. Thanks to this, the application is created faster, cheaper, and it is also lighter. .NET streamlines all software development processes – from production through testing and final implementation.

The .NET framework can also be used for:

There are two supported implementations for building server-side applications within this technology: .NET Framework and .NET 5 (including .NET Core), with .NET being the software framework and .NET Core being a free open source, and general-purpose development platform. However, there are fundamental differences between them, and the choice depends on what you want to achieve. This article guides when to use the .NET 5 and .NET open source framework.

Use .NET 5 for server applications when:

Use .NET Framework for server applications when:

What is Java used for?

Java vs .NET – which one is better? Java is an all-purpose programming language. It’s easily portable as the cross-platform Java Virtual Machine interprets it. However, running a Java app is not always that simple – it mainly depends on the Java Virtual Machine (JVM) presence. Java is portable in areas not related to creating a user interface, interacting with the operating system, or hardware.

This programming  language is suitable for writing both small and larger apps. This language is often used in banking systems, and thanks to Oracle Java Embedded, might be a base for  VOIP phones, SIM cards, or energy meters applications.

The biggest benefit of using Java is its extensive ecosystem. It consists of a large number of ready-to-use libraries and solutions. As a result, Java can be efficiently integrated with Google, Facebook, or other popular apps. The Java ecosystem also includes a huge community ready to help.

.NET vs Java: Is .NET easier than Java?

Well, it depends. The truth is that Java and .NET are very similar on both programming and difficulty level. It is also worth mentioning that these two programming languages are similar in terms of available libraries, memory and performance. It cannot be clearly stated which language is easier. When it comes to .NET vs Java: it depends mainly on the specifics of the application and what should be the end result, as well as the technological and business requirements.

Java vs .NET: is .NET outdated?

.NET is a mature and robust framework supported by .NET Core and Xamarin. Recent updates make platforms more reliable, flexible, faster, and above all – more secure. Choosing .NET developers to implement business functions will allow you to overcome various challenges, primarily the security of created applications. It is a programming language with an extensive library and community, so developing new products is smooth and enjoyable.

.NET is the perfect choice for applications and solutions that need large scale in the future – this is possible thanks to the flexibility that adapts to the enterprise’s infrastructure and scale. Using .NET, you can create iOS and Android applications and IoT, Machine Learning, Big Data, and AI.

Moreover, it is worth remembering that .NET 5 is continually evolving. One might say that the .NET 5 improvements are a step towards the better .NET Core. The developers of .NET Core aim to create a unified framework that can be used anywhere.

Single-File Applications: This feature allows .NET applications to be made as available as a single file. According to the developers, this solution should be compatible with most programs, applications, debuggers, and compilers.

JsonSerializer: Here, the improvement is to increase performance and stability. A bonus is the ability to support more platforms and new C # records.

Performance: .NET 5 has many performance improvements, including a just-in-time compiler and fixes for various .NET features.

Is Java a .NET language?

Many people wonder if Java is a .NET language. It’s good to know that Java defines both the language and the framework. In turn, .NET is a platform, which includes many languages, such as VB .NET, C #, F #, and many more. So the difference between Java and .NET is mainly in the semantics.

Is Java better than C#?

Java is still developing, creating not only new frameworks but also tools and libraries. New languages such as Groovy, Scala and more are also emerging from the JVM. Additionally, it is also the most popular language for developing Android applications.

On the other hand, C # is mostly used in the .NET, Mono, and other systems.

The choice between Java and C # depends on the product and business goals as both languages are similar. Ultimately, this decision will depend on language ease of use, library compatibility, maintenance, individual requirements and development skills.

Top Women In Tech Podcasts for 2021 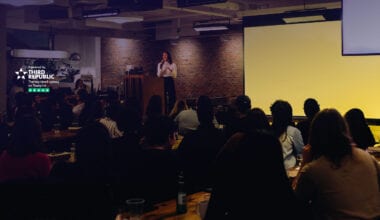 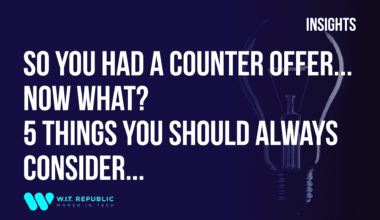 Read More
It’s potentially the most awkward moment in your career; handing in your notice to your employer. You call…